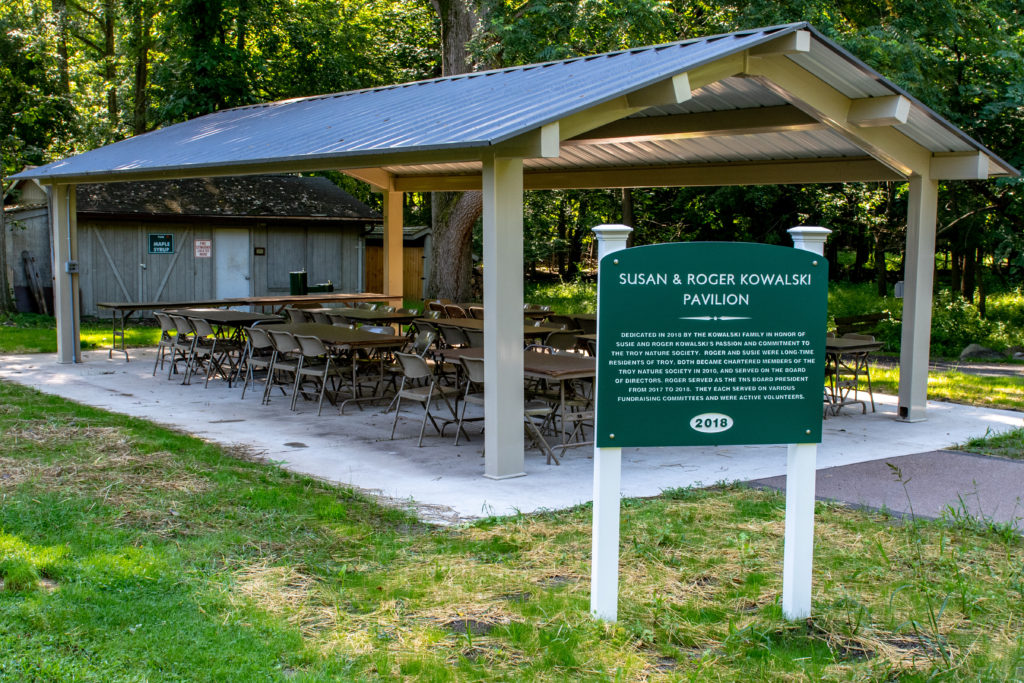 May through October guests may rent the outdoor Pavilion perfect for gatherings of up to 50 seated guests. The rental fee includes 6’ tables and chairs, access to electrical outlets and indoor restrooms located inside the nature center building. The adjacent lawn area is included in the rental price and may be used for food set up, additional seating, games or activities. Carry in your own food or hire a caterer – both are welcome.

Our natural landscapes create a perfect backdrop for your next outdoor event!

Important: Alcohol is only permitted with the host engaging a caterer with a Class C Liquor License. The caterer’s representative must present proof of Liability Insurance and remain on-site to serve guests during the scheduled event times. A city permit may also be required. 50% deposit is required to reserve an event date for the pavilion. It is the responsibility of the event host(s) to provide food, beverages, paper products, table coverings, set-up and clean up. All decorations must be removed at the end of the event. No kitchen or staging areas are available.

Long time residents of Troy, Susie and Roger Kowalski were among the group of “concerned citizens” that rallied together to keep the nature center from closure in 2010 when the Troy Nature Society was established.

Charter Members of the Troy Nature Society, both Roger and Susie served on various fundraising committees of the organization, with Roger serving as Board President from 2017 to 2018. In 2016, Roger was honored by the Troy Historical Society as one of Troy’s History Makers for his many years of dedication and service to the community. Susie was the driving force for the Society’s first Run For Nature event held in June 2018.

Roger Kowalski was the Director of Troy’s Parks and Recreation Department for 27 years.  Roger’s leadership and insight was the driving force for the establishment of 23 of the city’s 30 parks, the community center, golf course, nature center and aquatic center. He remains an active member of the Troy Nature Society.

Susan was a founding member of the Troy Nature Society, longtime member of Zion Lutheran Church and had retired after 23 years from the Smith Middle School in Troy. Susie lost her battle with cancer and passed away in April 2019.